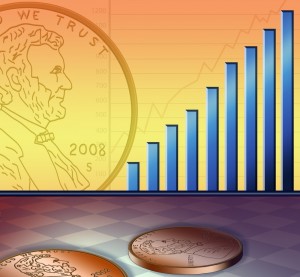 Happiness Economics is a vibrant branch of economic research that has been booming since the 1990s. Being a rigorous academic discipline, it observes and analyses the economic determinants of subjective well-being declared by individuals in surveys.

Economists have long been reluctant to grant attention to individuals ‘ well-being and preferences. On the one hand, those preferences were considered to be non observable (only behaviors can be observed) and consequently improper to be analysed. On the other hand, preferences were supposed to be revealed by real decisions. Following that logic, there would be nothing clever to say about happiness. If individuals were fully rational, they indeed would take decisions that maximize their well-being. End of the story.

However numerous researches since the 1970s conducted within the field of behavioral economics have shown that economic rationality is out of reach. Thus it is probable that individuals do not actually maximize their well-being. Beside well-being can seriously me measured thanks to subjective surveys that evaluate self-declared happiness. Many elements tend to prove that responses to those surveys are reliable enough to feed a rigorous academic reflection on happiness determinants.

Pioneering research in the 1970s

A few iconoclast empirical works had paved the way in the 1970s for happiness economics, starting with those from Richard Easterlin on the ambiguous relationship between income and happiness. Part of those pioneering studies are also work by Hamermesh on job satisfaction (end of the 1970s), theoretical work on the measure of well-being by Bernard Van-Praag and the discussion of public policies by Richard Layard (early 1980s).

Yet one had to wait for the turn of the century for those works to be integrated into a common theoretical framework. The burgeoning of happiness economics took place simultaneously with the impetus of hedonic psychology (that focuses on the sensation of pleasure) and positive psychology (interested in the mental state of flourishing).

Ever since those “deviant” economists are feeling less and less lonely. Research in happiness economics comes from different parts of the world (America, Europe, Asia) to document the relationship between individual situations (regarding income, consumption, job occupation, etc.) or the macroeconomic environment (growth, inequalities, unemployment, inflation, etc.) and happiness they self-report.

Observations made in those numerous studies bring us to question the relevance of our economic choices, whether individual or collective, to attain happiness.

Are we doing the right things for our happiness ?