Why has happiness stopped increasing in rich countries? 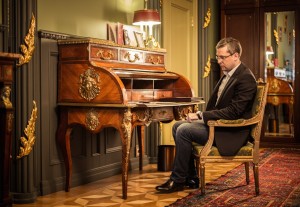 In the 1970s, the American economist Richard Easterlinmade a stunning observation, known eversince as the ‘Easterlin Paradox’. On the one side, look at self-declared happiness by individuals from one single country or mean happiness across countries and you will conclude without any doubt that the richer you are, the more satisfied you are with your life. That golden rule is also supported by the strong correlation between growth evolutions and life satisfaction changes at national levels: life satisfaction increases when growth accelerates and decreases when it slows down*. On the other side, Estarlin noticed that American households have enjoyed a strong growth of their real income since WW2 (+200% over six decades) while their average life satisfaction hasn’t much improved. This phenomenon has also been observed in several other developed countries: in Europe (Germany, UK, France, Netherlands…)** and in Japan***.

Thus the positive impact of income on happiness that is observable in cross-sectional data (at one time) does not always show up in longitudinal studies (over several years or decades). How to make sense of those apparently contradictory statements?

On explanation lies in the observation that those longitudinal studies document the relationship between absolute income and life satisfaction. But it’s possible that life satisfaction could also be influenced by individuals’ relative income.

Consequently, income can influence happiness in two ways: by making people capable of meeting their fundamental needs (the instrumental function of income) and by providing a convenient tool to evaluate one’s life easily (income as a yardstick).

The increase in someone’s absolute income may be acoompanied by a stagnation of his relative income, leaving his life satisfaction unchanged. Indeed reference points we use for assessing our financial situation aren’t fixed throughout time. They do evolve due to circumstances, mostly in a direction that is detrimental to our happiness:

All those mechanisms imply that the objective increase in income in the long run thanks to economic growth may have no impact at all on the subjective perception of income and, as a side effect, on life satisfaction. Hence relative income  provide a convincing explanation to the Easterlin paradox.

A trio of economists, Andrew Clark, Paul Frijters and Michael Shields (2008), have estimated that the cumulated effects of social comparison and adaptation destroy 87 % of the positive impact of income rises on happiness in developed countries. Adding the effect of rising expectations and aspirations, one would probably reach an overal effect close to 100%.

The Relative Income Hypothesis is especially relevant for countries that are already rich. For those countries, the increase in absolute income doesn’t help much to satisfy new fundamental needs.  The ones that can be met thanks to money have already been satisfied for most people. And the other needs (leading to self-actualization according to Maslow) cannot been reached by paying more. Economists have been aware of a poverty trap for decades now. They should realize that a wealth trap also exists when it comes to happiness.